When you’ve tried all forms of dieting and exercise to lose those stubborn last few pounds, give CoolSculpting a try. En Vogue Medi-Spa now offers this revolutionary treatment. For more information, Call or visit us at 44 2nd St Pike Southampton, PA 18966.

One of the biggest problems with fat is just how stubborn it can be. In many cases, dieting and exercise just can’t get rid of fat deposits in certain areas of the body. When a good diet and working out just isn’t working out, The CoolSculpting Non-Invasive Fat Reduction Procedure at En Vogue Medi Spa can help!

The CoolSculpting Fat Reduction Treatment has become quite popular because it provides lasting results, its affordable for many patients and safe too! With over 7 million CoolSculpting treatments performed worldwide, people everywhere are enjoying the benefits of their CoolSculpting transformation! There are lots of reasons to like CoolSculpting, so let’s take a look at some of the biggest ones so that you can make an educated decision as to whether CoolSculpting in Southampton PA may be right for you!

CoolSculpting is the world’s #1 non-invasive fat reduction procedure. It’s an innovative way to contour your body by freezing unwanted fat away with no surgery or downtime. The technical name is Cryolipolysis, which is just a scientific term for fat freezing. The medical experts at Zeltiq & CoolSculpting spent years developing the treatment, which features one-of-a-kind technology that quite literally freezes and kills fat cells. In as little as 1 session, the unique CoolSculpting® fat-freezing technology is scientifically proven to reduce pockets of fat in trouble spots such as the abdomen, flanks, or under the chin.

Unsurprisingly, this is one of the biggest questions our med spa gets about CoolSculpting, and we’re pleased to tell you that yes, unlike most other non-invasive fat reduction treatments, CoolSculpting is permanent! Once you understand a bit about how the procedure works, you’ll understand that it’s truly permanent.

After the dead fat cells are removed from the body, that’s it, they’re gone for good! Dead fat cells cannot be regenerated or relocated to a different part of the body. To keep new fat from forming, all patients need to do is stick to a healthy diet and exercise plan. If they do this, they’ll be able to maintain their results indefinitely!

Which areas can be treated with CoolSculpting?

CoolSculpting® is FDA-cleared to treat 9 different areas of the body; visible fat bulges in the submental (under the chin) and submandibular (under the jawline) areas, thigh, abdomen and flank, along with bra fat, back fat, underneath the buttocks (also known as banana roll) and upper arm. It is also FDA-cleared to affect the appearance of lax tissue with submental area treatments. ­­

The CoolSculpting Treatment is a fat reduction procedure, however, it is not a treatment for weight-loss nor is it a healthy substitute for a weight-loss program.

How many times do you have to get CoolSculpting treatments?

After a single CoolSculpting treatment, in as little as 3 weeks, patients may notice the treated area is significantly slimmer and more sculpted. The most dramatic CoolSculpting results are generally visible one to three months after the CoolSculpting Procedure, which is an average of a 20%-25% reduction of fat in the treated area. For many patients, this is all they need, so they’re done after only one treatment. Some patients may need more fat reduction than others and will benefit from another treatment. Visible results may vary, in rare cases results may continue to improve for up to 6 months after CoolSculpting.

What to expect with my first CoolSculpting Treatment?

What is the average cost of CoolSculpting?

For many patients, CoolSculpting is definitely worth it, especially when you compare it to the alternatives out there. The cost of the treatment varies depending on the area being treated, the type of cycle/applicator used, the location the service is provided in, the service provider, and other factors. Recently, the American Society of Plastic Surgeons estimated that the average cost of CoolSculpting per treatment was around $1,480.

Compared to alternatives, CoolSculpting could easily be considered less costly. It’s typically less expensive than liposuction, often at least by $2,000 or more. There are other costs involved with liposuction too, such as the downtime required, which might mean time off from work and, as a result, lost earnings. With CoolSculpting, there is virtually no downtime and the procedure is safe.

Is Financing for CoolSculpting Treatments Available at En Vogue?

What are the dangers of CoolSculpting?

Since CoolSculpting is entirely noninvasive, the risks involved are generally minor and negligible! This is true especially in comparison to invasive procedures like liposuction which carry significant risk. With CoolSculpting, patients can experience a bit of a tugging sensation, swelling, minor pain, aching, bruising, cramping or sensitivity during or after a procedure. That’s it. You can be confident that your CoolSculpting procedure will be safe and safely performed by the fully qualified professionals here at En Vogue Medi Spa.

Can the Alle Rewards Program be used for CoolSculpting?

Allē is the new and improved loyalty program offered by Allergan Aesthetics. Get rewarded for your favorite procedures like CoolSculpting, BOTOX, JUVEDERM and more at En Vogue Medi-Spa & Plastic Surgery Center! Allē, the new face of Brilliant Distinctions, is your destination for all things aesthetic. Personalized rewards are directly linked to your Allē member profile for easy use. Points and offers can be conveniently redeemed at checkout.

If you’d like to learn more about CoolSculpting, then we’d like to tell you more during a simple consultation with us here at En Vogue Medi Spa. To book that consultation with us, or to ask us any questions about our services, staff, or med spa, give us a call. Alternatively, you can book a consultation or appointment with us online. When you come in for your consultation or appointment, you’ll find our clinic at 44 2nd St Pike, Southampton, PA 18966. We serve clients from Southampton PA, Woodmont PA, Willow Grove PA, Horsham PA, Levittown PA, and Parkland PA.

We hope to hear from you soon so we can tell you anything else you’d like to know about CoolSculpting, one of the safest, highest-value fat reduction treatments available!

Check Out CoolSculpting Before & After Photos 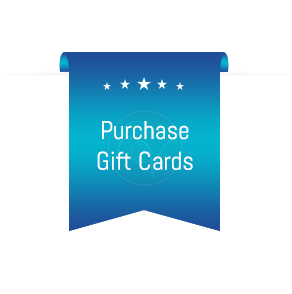 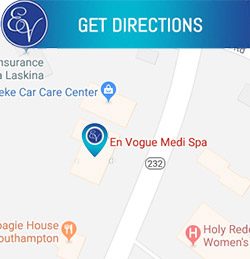